10 facts about the hummingbird and the Hummingbird Feeder Tips

One of the most famous bird species, the hummingbird draws attention for its delicate body, elongated beak and way of flying. But how much do you really know about this bird of many charms? It's time to test your knowledge of him with this list of fun facts about the hummingbird !

1. The hummingbird is a bird in the Americas

From the Troquilididae family, the hummingbird is originally from the Americas. In our continent, the hummingbird habitat can be from Alaska, in the United States, to Tierra del Fuego, in our neighbor Argentina.

Altogether, there are more than 320 species, most of which live in tropical and subtropical climates, especially in Brazil and Ecuador.

2. It has several curious names according to the species

Have you heard of “hummingbird”? And in “guainumbi”? Although little used by most people on a daily basis, these relatively familiar indigenous terms also serve to designate some species of hummingbird .

3. The brightness of hummingbird feathers does not come from pigmentation

One of the most beautiful elements in the hummingbird is its sparkling colors. Contrary to what many people imagine, these colors do not come from the pigmentation of the feathers. In fact, they are the result of a phenomenon known as iridescence.

Such a phenomenon happens when the colors of the rainbow are reflected on a surface. Not for nothing, factors such as lighting level, humidity, viewing angle and wear can change the colors of a hummingbird.

4. They have a huge heart (and we're not talking figuratively)

Another curiosity about hummingbirds is that his heart weight is equivalent to 5% of his total body weight. It may seem like little, but to give you an idea, the weight of our heart does not exceed the mark of 0.5% of our weight.

The factor makes the hummingbird have a more efficient blood circulation and, therefore, better irrigation of the muscles, which is important for its flight.

5. They are among the few bird species that can be suspended in the air

Being able to stay suspended in the air is among the curiosities of the hummingbird , but few people know how fascinating it really is.

Fitness is only possible thanks to a set of organic features that includes: accelerated heartbeat and metabolism, special nutrition, fused and elongated bones in the wings, a "shoulder" with a rotation of about 180 ° and fast and shaped wing flap eight.

One of the most interesting curiosities about the hummingbird is that it is the only species of bird that can fly backwards.

6. The smallest bird in the world is a hummingbird

Approximately 6 cm long and weighing less than 2 grams, the Cuban Hummingbird is considered the smallest bird species in existence. Originating in Cuba, the species - Mellisuga helenae - can only be found in the country, where it is also known as the hummingbird helena or zunzuncito.

Attention! The images of the Cuban hummingbird have high doses of cuteness!

7. The hummingbird is a real dining room

In order to fly, the hummingbird needs lightness. So, he can't eat much, right? Wrong!

Because of its accelerated metabolism, one of the hummingbird's habits is to eat 5 to 8 times an hour, eating an amount of food that can represent 8 to 10 times its body weight.

This diet, however, is very differentiated: 90% of this hummingbird food is based on nectar, which guarantees the quick release of energy for the organism. The rest comes from pollen and small invertebrates.

8. Even in slow motion, it is difficult to perceive the humming of a hummingbird

This is because some species of hummingbirds flap their wings up to 80 times per second. However, traditional cameras only capture about 30 frames per second, which is more comfortable for our eyes.

It is for this reason that even traditional slow motion fails to show all the movements of a hummingbird's wing. For that, it is necessary to use special cameras, capturing a thousand frames per second.

9. It is important for the pollination of certain plants

Among the curiosities about hummingbirds is their food . It feeds on plant nectar, and that's where the popular name of troquilids comes from. But anyone who thinks this is a unilateral relationship is mistaken.

One of the curiosities about the hummingbird is that when it leans its head against the flowers to suck the nectar, it absorbs pollen in its beak. This way, when it will feed on another plant, it spreads the substance, contributing to the reproduction of the plants. In other words, hummingbird nectar also ends up being a kind of nectar for plants.

10. The hummingbird travels thousands of kilometers in its migrations

Several species of hummingbirds do not remain in the same region all their lives. Because of the food shortages typical of certain times of the year, many of them migrate to other locations once a year.

The rufous hummingbird in winter, for example, flies more than 3,000 kilometers, going from Alaska to Mexico in search of food. 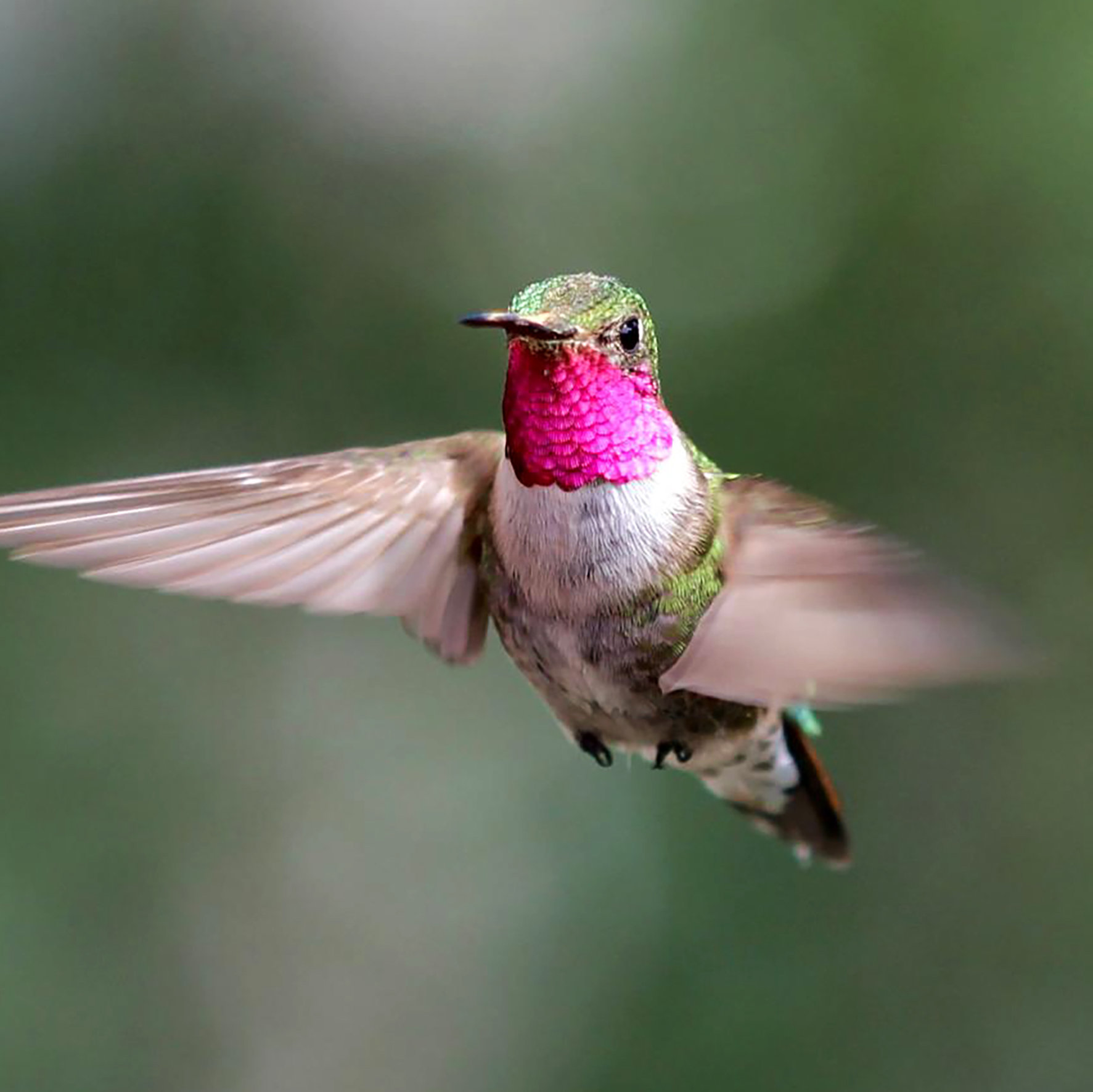 HUMMINGBIRD: WHAT PRECAUTIONS SHOULD I TAKE TO KEEP HIM AROUND?

Hummingbird is a curious bird . With an average size ranging from 6 to 12 cm, weight ranging from 2 to 6 grams and unique skills, such as flying in reverse and remaining motionless in the air, the little animal usually attracts admirers wherever it goes. However, few know what is the proper care so that he can always be around, further embellishing the gardens.

The main tip for this goal is to create a suitable habitat. Offering an  artificial drinker is usually the best option, after all that is where they usually go when they face problems such as food shortages. In this sense, utmost care is needed when cleaning the container in order to avoid the proliferation of diseases.

A visible sign of this problem is the darkening of the mouthpiece and even the petals of the artificial flowers that decorate the drinking fountain. The best way to sterilize it is to use chlorine (never common cleaning products, huh!) , Thus avoiding contamination of the bird by fungi and other parasites. Furthermore, it is worth watching for the “invasion” of insects and ants, which can also infect them.

Another controversial point is the sweet solution. It is a consensus that the maximum recommended concentration of common sugar (no organic, brown or honey!) Is 20%, but there are myths that indicate a risk of death for those who consume a sweeter syrup. In any case, don't overdo it. Sugar provides energy, but they still need insects and small spiders to complement their diet.

Also, never replace the sweetened water. When it is near the end, clean the water cooler and completely change the liquid. This avoids the concentration of possible pathogens such as bacteria that ferment sugar and produce harmful substances. So be careful: sour odor or even a slight alcoholic aroma can be indications of contamination! 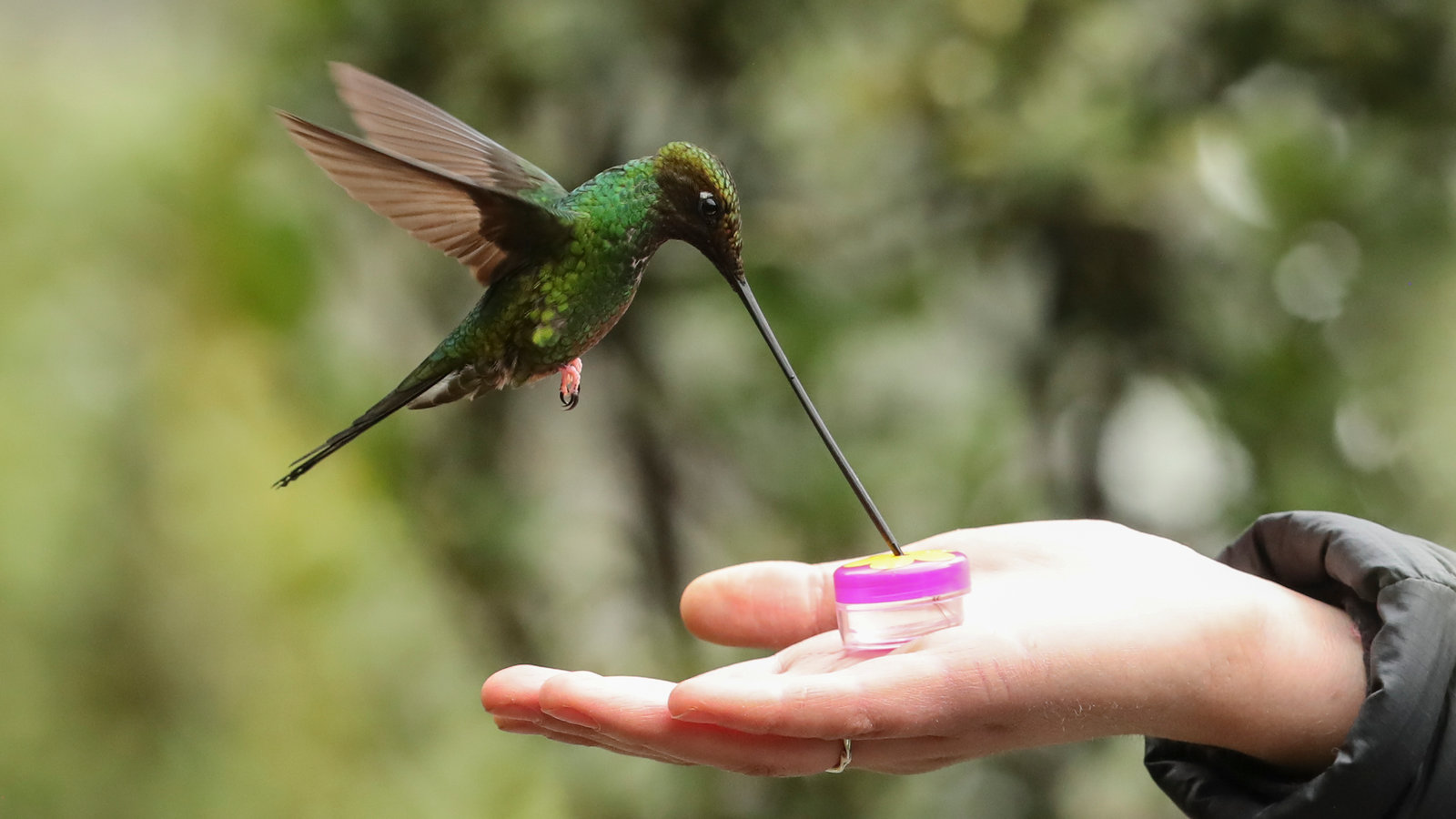 Tip: Despite always being frightened by the human presence, the hummingbird is usually loyal to those who treat it well. Therefore, try to keep the accessories always clean and sanitized.

LOOK HERE FOR SHOPPING FOR THE BEST HUMMINGBIRD FEEDERS.